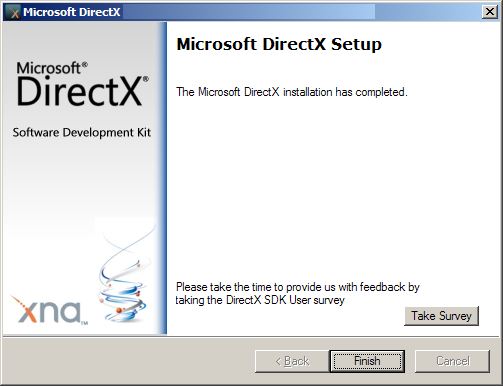 
DirectX is a collection of APIs for easily handling tasks related to game programming on Microsoft Windows. It is most widely used in the development of computer games for Windows.

The DirectX SDK is available free from Microsoft. The DirectX runtime was originally redistributed by computer game developers along with their games, but later it was included in Windows. DirectX 9.0c is the latest version of DirectX.

DOS allowed direct access to video cards, keyboards, mice, sound devices, and all other parts of the system, while Windows 95 - with its protected memory model - restricted access to all of these, working on a much more standardized model.

Microsoft needed a quick solution for programmers; the operating system was only months away from being released  and a solution that came to the rescue was named DirectX.

The first version of DirectX was released in September 1995 as the Windows Games SDK.