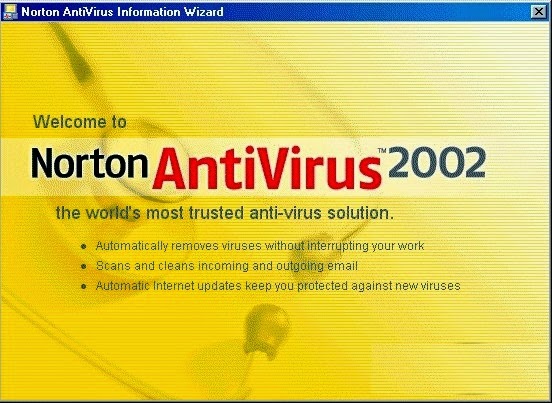 
Norton AntiVirus is one of the world's most trusted antivirus solutions. It's always working in the background to protect your PC from dangers lurking on the Internet and other possible sources of infected files.

Now it repairs common virus infections automatically, without interrupting your work. The latest virus definitions are downloaded automatically when you connect to the Internet, ensuring that your PC's protection stays up-to-date.

Even between updates, Symantec's exclusive Script Blocking technology defends against fast-moving threats by identifying and stopping new script-based viruses, such as the I Love You and Anna Kournikova viruses.

To safeguard your PC and prevent it from spreading viruses to your friends and colleagues, Norton AntiVirus scans and cleans both incoming and outgoing messages.

As a Norton AntiVirus user, you're also backed by the Symantec Security Response team, formerly known as the Symantec AntiVirus Research Center. These experts are working to protect your computer 24 hours a day, developing new defenses whenever a virus is discovered.

A new user interface makes Norton AntiVirus 2002 easier to use, and you can even access many of its functions instantly from the Windows Explorer toolbar. Protect your PC today with Norton AntiVirus.