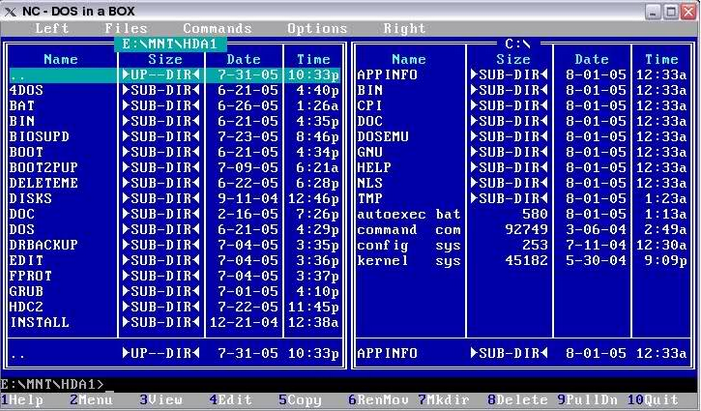 Release Date: July 1, 1998.
Norton Commander is a file manager which provides a text user interface on top of DOS. It was officially produced between 1986 and 1998.

Norton Commander is considered easy to use based on its constant view of two file manipulation objects at once. After starting the program the user sees two panels with file lists.

Each panel can be easily configured to show information about the other panel, a directory tree, or a number of other options. At the bottom of the screen, Norton Commander displays a list of commands that are extended on demand by the CTRL and ALT keys.

Thus, without heavy use of the mouse (although mouse functionality was integrated around version 3.0), the user is able to perform many file manipulation actions quickly and efficiently.