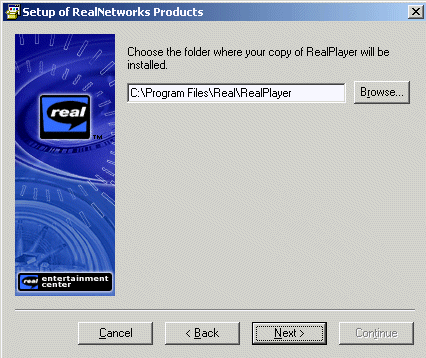 Release Date: May 14, 2002.
Real Player is a media player, created by Real Networks, that plays a number of multimedia formats including multiple generations of RealAudio and RealVideo codecs as well as MP3, MPEG-4, QuickTime, etc.

On Windows, version 9 subsumed the features of the separate program RealJukebox. RealPlayer enables you to play clips.

Both local and streamed clips can be played. In case of streamed clips, you do not have to open the browser. Just paste the link in the "Open Location" option in the menu of your RealPlayer.