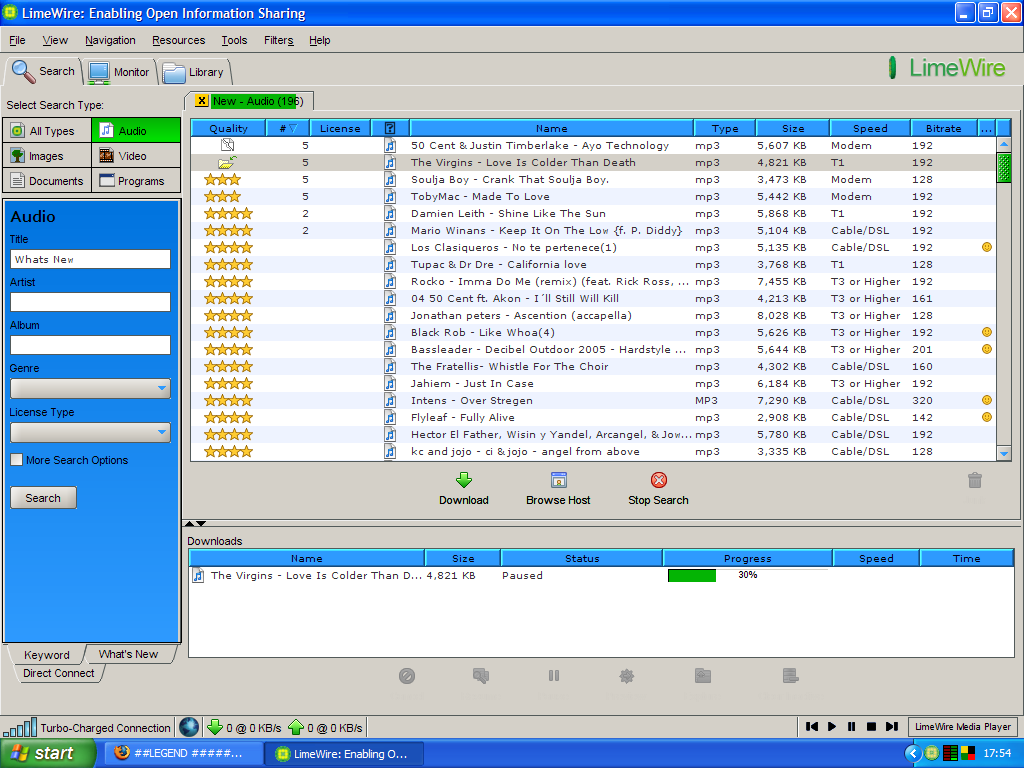 It was the first file sharing program to support firewall-to-firewall file transfers, a feature introduced in version 4.2, which was released in November 2004.

Lime Wire LLC, the developer of LimeWire, distributes two versions of the program; a basic, free version, and an enhanced version sold for a small fee, which is said to offer faster downloads.

Prior to April 2004, the free version of LimeWire was distributed with a bundled program called "LimeShop" (a variant of TopMoxie), which was considered by computer security experts to be spyware.