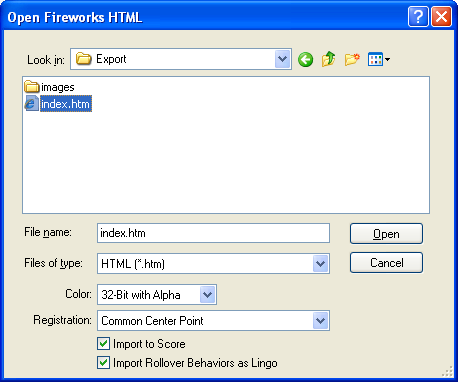 Release Date: July 12, 2000.
Macromedia Fireworks 3 is aimed at users who want to quickly produce web graphics, animations, or production comps. It can be used as a one-stop for designing or as a production outlet from an image editor like Photoshop. The tool palette includes an array of useful image and text creation tools.


Following Dreamweaver's example, the latest version of Fireworks 3 is also Javascriptable. This means that you can customize the program to streamline and automate your workflow, making often-used commands permanent fixtures of the toolset.

Fireworks 3 is also tightly integrated with Dreamweaver, allowing quick work between the two for site development. You can even script Fireworks 3 from within Dreamweaver.

Speaking of quick, Fireworks 3 is also equipped with a handy history palette, which allows you to select any recorded action or series of actions, then apply those steps to the current selection. This is a great feature that is also put to good use in Dreamweaver 3.

File handling is also sophisticated. Imported vector files retain editability, plus vectors created in Fireworks 3 can be exported as Illustrator or SWF files. Incoming Photoshop files come with layers intact, including editable text and effects layers, so there are no worries about losing the ability to go back and make changes.

When it comes to output, Fireworks 3 can generate image files and html, complete with hotspots, GIF animations, and rollovers. Batch processing is also a snap.
Although Fireworks 3 is aimed at professional users, there are features specifically for novices.