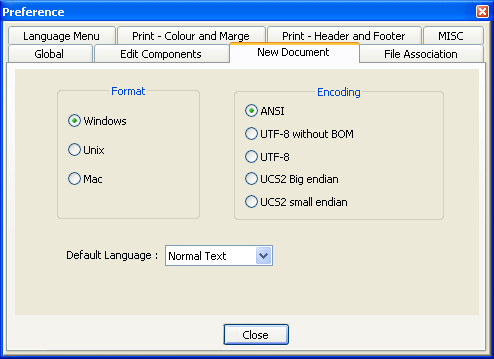 Release Date: November 24, 2003.
Notepad++ is a powerful, feature-packed text editor that more or less has everything Notepad needs but lacks. It supports 27 programming languages, searches regular expressions, and supports syntax highlighting and folding, synchronized edits and views, and much more.


Since programming and development tutorials can be easily found all over the Internet, it is no wonder that more and more users like to experiment and at least tweak if not create apps. For this purpose, specialized software is required, and Notepad++ is one such tool supporting source code editing for multiple programming languages.

As suggested by its name, Notepad++ can also be regarded as a more complex text editor that comes with additional functions compared to the standard Notepad.

Notepad++ comes with a clean and simple interface without looking crowded despite its large array of functions, since they are grouped into appropriate menus with some of them being accessible from the context menu within the main window.

As mentioned, Notepad++ supports multiple programming languages and includes syntax highlighting for most of them. Plus, it can work with multiple documents at the same time, while remaining incredibly friendly with hardware resources.

To wrap it up, developers or not, all Windows users are advised to give Notepad++ a try, even if it is only to get a taste of what a complex text editor looks and feels like.