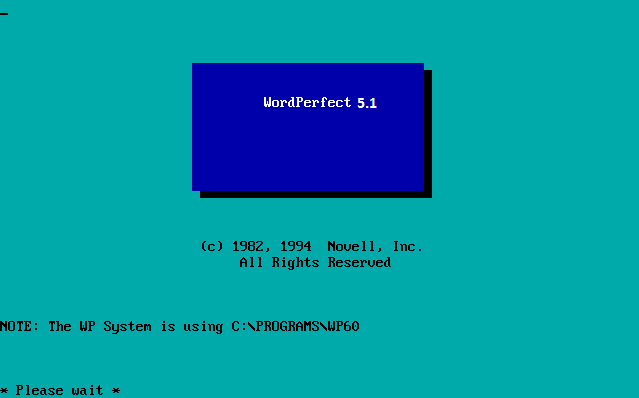 Release Date: November 6, 1989.
WordPerfect Corporation released the program's most successful version, WordPerfect 5.1 for DOS, which was the first version (aside from the short-lived WordPerfect 5.0) to include (text-based) Macintosh-style, CUA-style, pull-down menus.


The data format used by WordPerfect 5.1 was, for years, the most common word processing file format.

All word processors could read (and convert) that format,[citation needed] and many conferences and magazines[which?] insisted that people ship their documents in 5.1 format.

With the release of later versions of WordPerfect (for Windows), and an accompanying change of file format, a presumably final update of 5.1 was released which could read and write to the new format.

The previous text-based versions used different colors or text color inversions to indicate various markups, and (starting with version 5.0) used a graphic mode only for an uneditable print preview that used generic fonts rather than the actual fonts that appeared on the printed page.