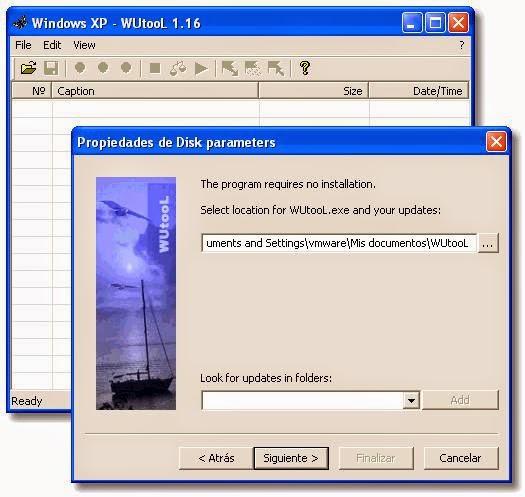 
As you may know, Windows Updates downloads and installs the latest patches and fixes for your version of Windows, but then automatically removes the files to save space on the disk.

This is where WUtooL comes into play, saving all files in a separate folder and thus allowing the users to either install them at a later date, or even create a customized Windows installation disc with all updates included in the pack.

The interface is just basic and shows nothing more than the file name, the size and the downloaded date and time, but the program also lets you add your very own update file to the list or delete some of the existing entries.

WUtooL provides several tools for each listed update, including a flag test and a dedicated feature to install updates on the go. Furthermore, to make sure you don't get yourself into trouble, the application boasts a configuration wizard that assists users throughout the whole process.

Everything worked like a charm during our test and WUtooL does its job very well, but keep in mind that an Internet connection is absolutely mandatory, as the program works in conjunction with the built-in Windows Update tool.

Overall, WUtooL may come in handy to some users out there, doing a fairly good job when it comes to retrieving downloaded Windows updates in a separate folder.