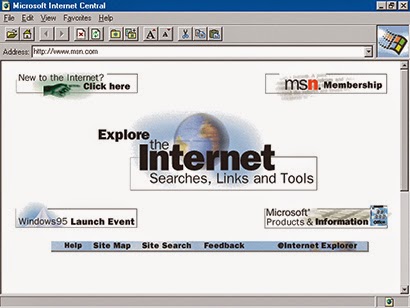 Release Date: August 16, 1995.
Internet Explorer has been one of the most popular web browsers in the world for the last 20 years. This browser could render basic HTML but couldn't do much else. When IE1 first appeared, HTML was still in its infancy, containing about 20 basic tags. Microsoft originally released Internet Explorer 1.0 in August 1995.

It was first released as part of the add-on package Plus! for Windows 95 that year. Later versions were available as free downloads, or in service packs, and included in the OEM service releases of Windows 95 and later versions of Windows.