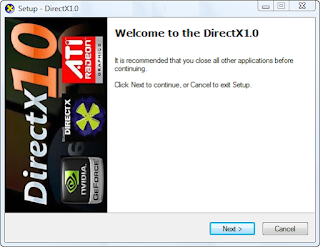 Release Date: February 5, 1996.
Microsoft DirectX is a collection of application programming interfaces (APIs) for handling tasks related to multimedia, especially game programming and video, on Microsoft platforms. Originally, the names of these APIs all began with Direct, such as Direct3D, DirectDraw, DirectMusic, DirectPlay, DirectSound, and so forth.


Micosoft’s DirectX is a group of APIs designed to facilitate the launch and good functioning of programs rich in multimedia elements.

The name DirectX was coined as shorthand term for all of these APIs (the X standing in for the particular API names) and soon became the name of the collection.

The first version of DirectX was released in September 1995 as the Windows Games SDK. It was the Win32 replacement for the DCI[4] and WinG APIs for Windows 3.DirectX allowed all versions of Microsoft Windows, starting with Windows 95, to incorporate high-performance multimedia.