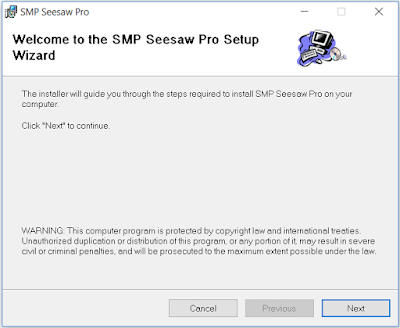 SMP Seesaw is a small utility for dual-CPU workstations that allows the user to finely tune how Windows balances the processing load between the two CPUs. By default, Windows tries to balance the processing load as evenly as possible: when one process is running on CPU 0 and another process needs to execute, Windows runs it on CPU 1. This greatly improves multitasking performance under Windows NT and even moreso under Windows 2000. However, it is sometimes useful to dedicate an entire CPU to only one or two processes to get maximum performance from them - single-threaded games, software-based DVD playback and VMware (www.vmware.com) are good examples.


The Windows 2000 task manager allows the user to set process affinities that force a process to execute on one processor only.

However, there is no practical means to isolate one or two processes to a CPU and keep other programs on the other processor.SMP Seesaw provides a means to do this.

SMP Seesaw Pro is a more powerful version of SMP Seesaw that was developed under contract as an open source project. SMP Seesaw Pro supports load balancing for up to 32 CPUs, and has the added ability of setting affinities for system services.